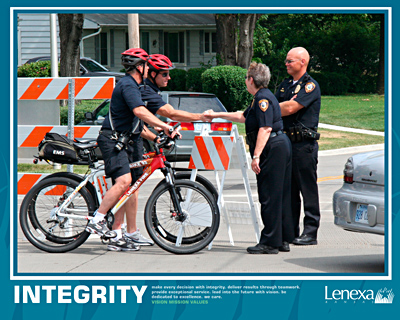 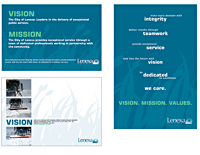 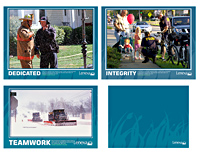 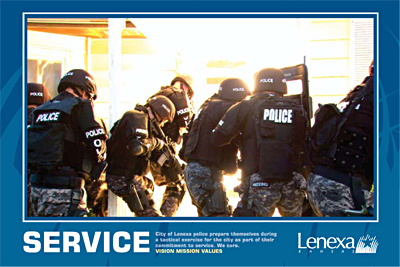 The City of Lenexa wanted to design a print campaign to help communicate the city's goals and values, both internally and externally. The theme began as a set of internal posters before being adapted and incorporated into slideshows, poster variations, city business cards, recognition cards, and other city collateral for use and display in municipal buildings.

Branding was integrated with existing city elements, while also given variations such as a stylized wheat which mimicked wheat patterns that had been incorporated with city architecture. Two color schemes were developed as well, with green and gold variants, and blues to match.