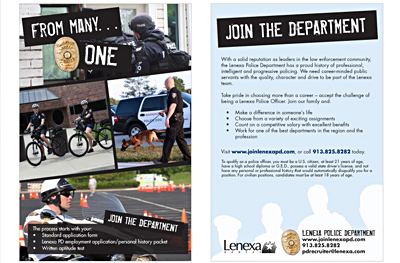 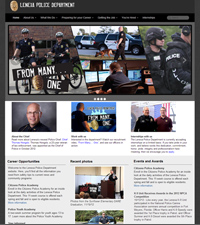 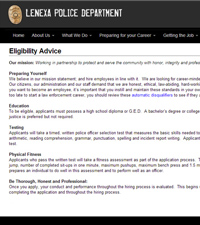 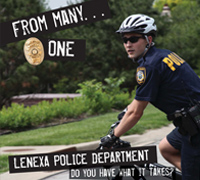 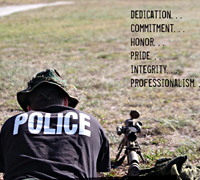 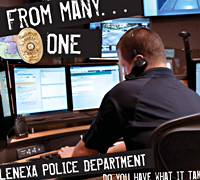 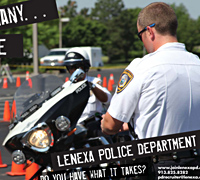 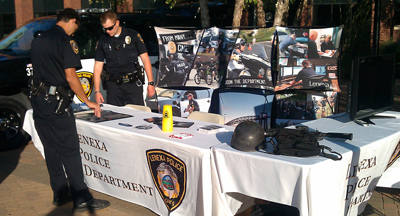 Role: Design, website development, photography, production
The Lenexa Police Department requested a marketing campaign that would help them connect with potential applicants. While they had a key element for their preferred brand ("From Many... One"), they did not have sufficient collateral to help them at career fairs. The goal was to inform, as well as encourage applicants to seek employment with the city, while also highlighting the strengths of the department.

The entire campaign was produced almost entirely in-house, allowing for both a minimal budget and flexibility whenever officers had specific requests.

Website
For online communications, I designed and built a microsite that focused entirely on the application and training process. This site featured information on the application process, steps for qualification, and what newly hired officers could expect upon hiring. It also featured an online sign-up module, allowing applicants to schedule and manage their own written exam dates.

Print
For printed materials, I devised a strategy of printing large-scale posters with city resources that were able to be produced in a short timeframe, and affordable enough that officers could bring them to recruiting events without having to be concerned about delicate handling instructions. I also designed a series of smaller-scale posters that could be printed at high quality on city printers and distributed at colleges, recruitment fairs, and other institutions. These smaller runs of 5-10 posters allowed the recruitment campaign to remain lean in terms of expenditures, printing only what was necessary to restock the variety of materials.

Similarly, I updated the physical stand-up display from a heavy folding panel to a lightweight, modular cloth display that could have its components switched out as needed. I also designed a handout card that could be combined with an existing DVD, and which was on cardstock so that it would be sturdy enough to be folded up into a pocket.

Photography
In order to have a wide range of images for this campaign, I photographed a variety of officers and civilian staff, including unit photos, training activities, locations and equipment. Over 20 separate multi-hour shoots were performed in the course of this campaign.